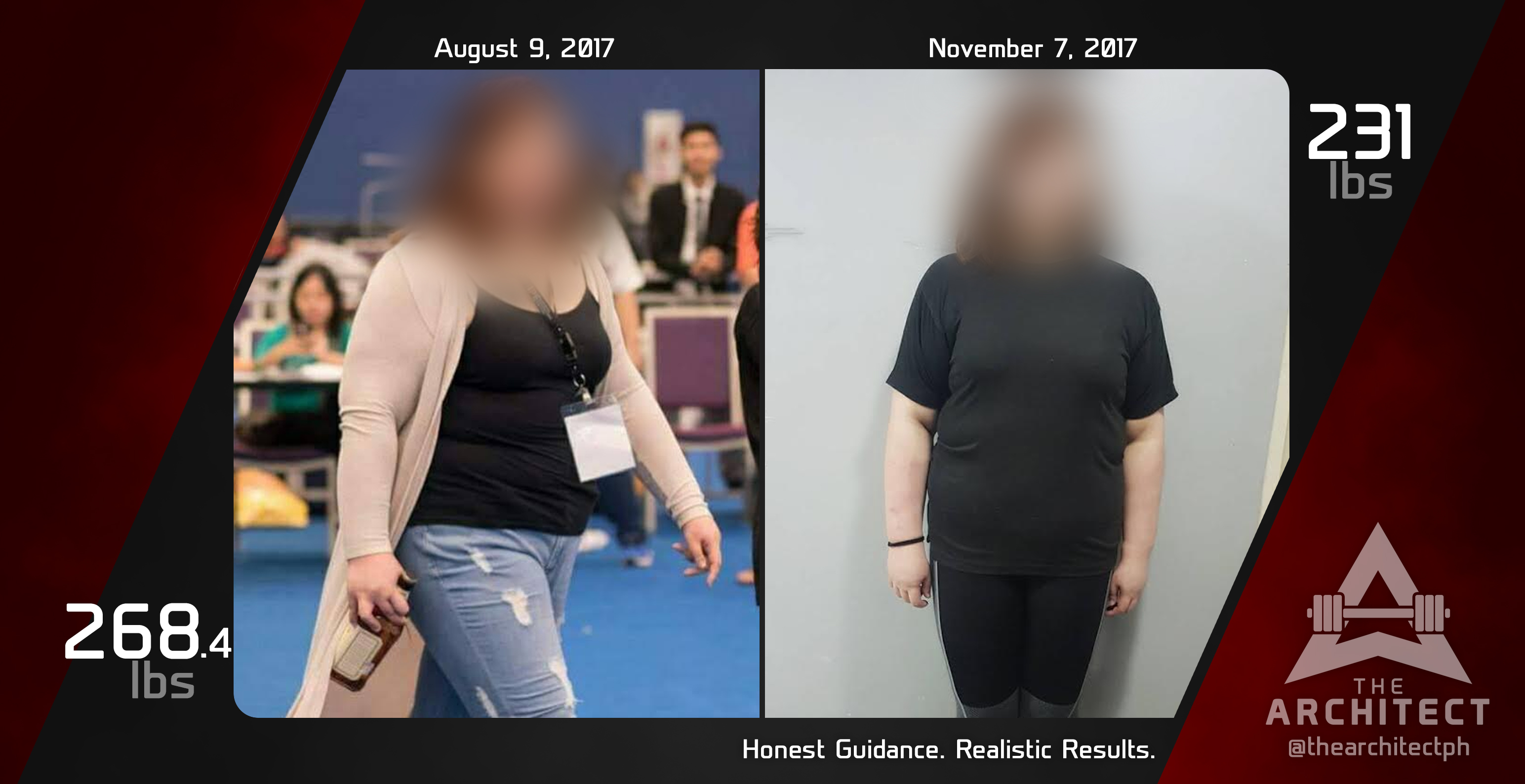 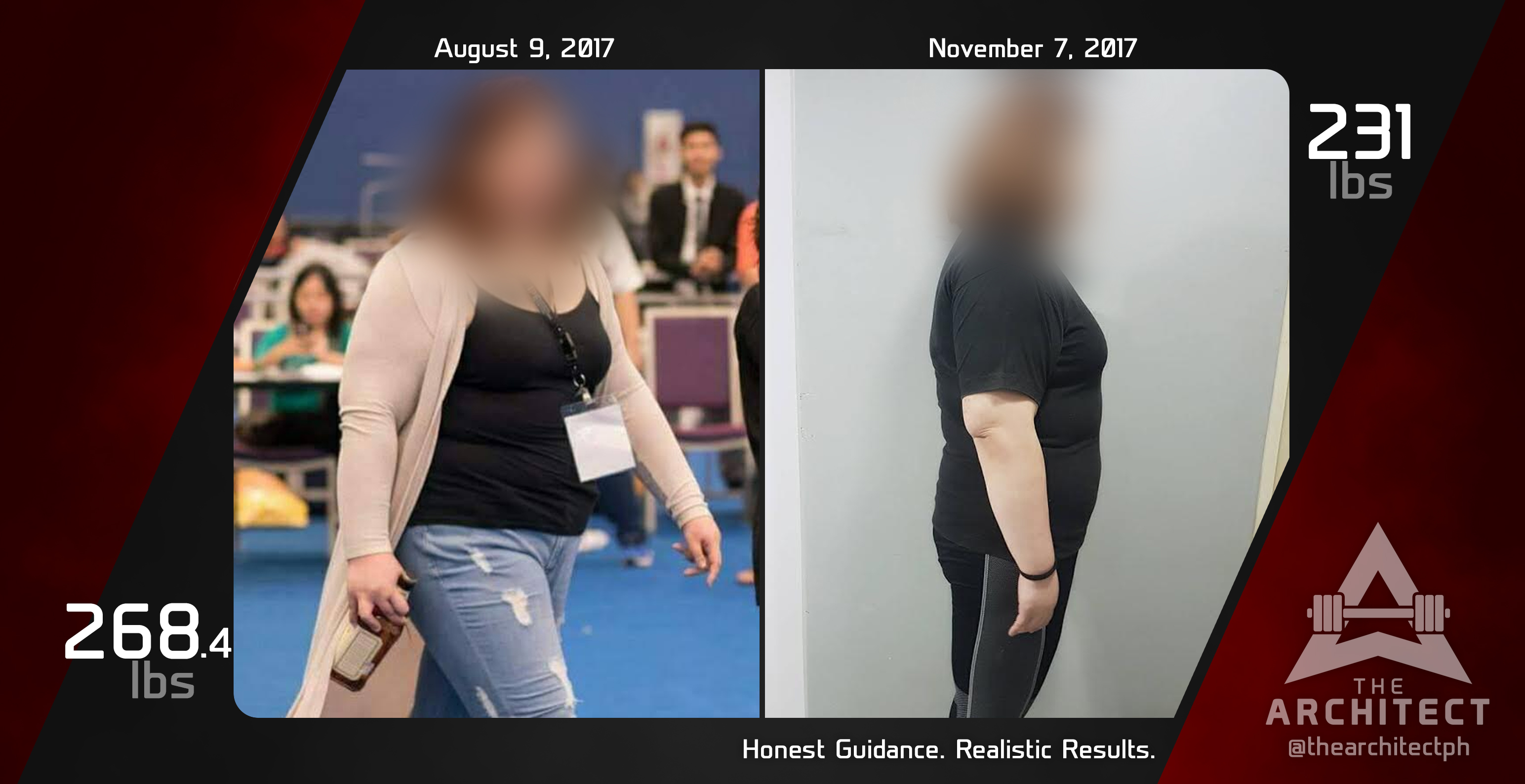 I don’t usually post before/after photos with a different “before” angle but I made an exception considering the enormity of the weight she managed to shed off.

Rita, just like the many other clients I’ve handled tried various methods for weight loss but it either just doesn’t work OR the weight rebounds back after a few weeks/months. This is Rita’s slimmest figure yet and despite eating out and not complying to the plan every now and then, she managed to maintain this figure. This is all possible because of her body’s optimized metabolism due to proper nutrient timing.

It’s unfortunate that Rita decided to remain anonymous, as most of her peers would know as to how significant the changes are especially in person. The images below does not give justice to her changes but you could still see a big difference between our starting point and the most recent one.

Most of the folks who are overweight or within borderline obese stage would choose to just give up and live life as is. Hiding under the guise of “Food is life”, “Food lover”, “Eating is living” and all that stuff, but let’s call a spade a spade. Obesity is a health risk. As of 2014, the Philippines is one of the developing countries with high levels of obesity. Food is no good when you’re dead. Let’s cut the crap and try to change for a healthier lifestyle. After all, the goal of a healthy nutrition plan is NEVER to deprive. The goal is to be able to re-incorporate what you usually eat in such a way that the outcome would still be healthy.